The Union cabinet on Thursday clears ordinance to allow the voluntary use of Aadhaar for opening a bank account and procuring a mobile connection.

The Aadhaar ordinance, once it is promulgated by the President will permit telecom companies and banks to use Aadhaar for KYC with completely voluntary and informed consent of a customer and no person will be denied any service if he is unable or if he refuses to furnish Aadhaar number.

“Aadhaar can be used as KYC on a voluntary basis under the Telegraph Act and PMLA rules. Any entity using Aadhaar will have to adhere to privacy guidelines,” said law and justice minister Ravi Shankar Prasad after the cabinet meeting.

This was also necessitated as the Supreme Court has barred use of Aadhaar by banks and telecom companies for verifying KYC details of a customer in a landmark judgement delivered in September last year.

This will also ban storing of Aadhaar number and other biometric information by the service providers.

The ordinance makes it amply clear that no one will be denied any service or product for furnishing Aadhaar number. It also provides for stringent penalties for any violation of a customer’s privacy or in case of misuse of Aadhaar by a service provider.

The proposed law also confers power on the Unique Identification Authority of India (UIDAI) to issue directions to any entity in the entire Aadhaar eco-system.

The Aadhaar ordinance also includes provision for a penalty of up to Rs 1 crore on those entities that will violate the provisions of the Aadhaar Act, with an additional fine of up to Rs 10 lakh per day in case of continuous non-compliance. And any unauthorised use will attract imprisonment of up to three years.

However, the proposed law provides for even stricter punishment for any kind of data tampering and unauthorised access Central Identities Data Repository as it will attract a prison sentence of up to 10 years. 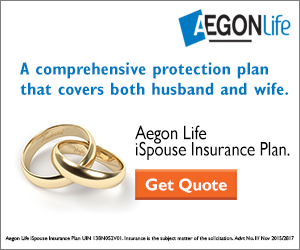